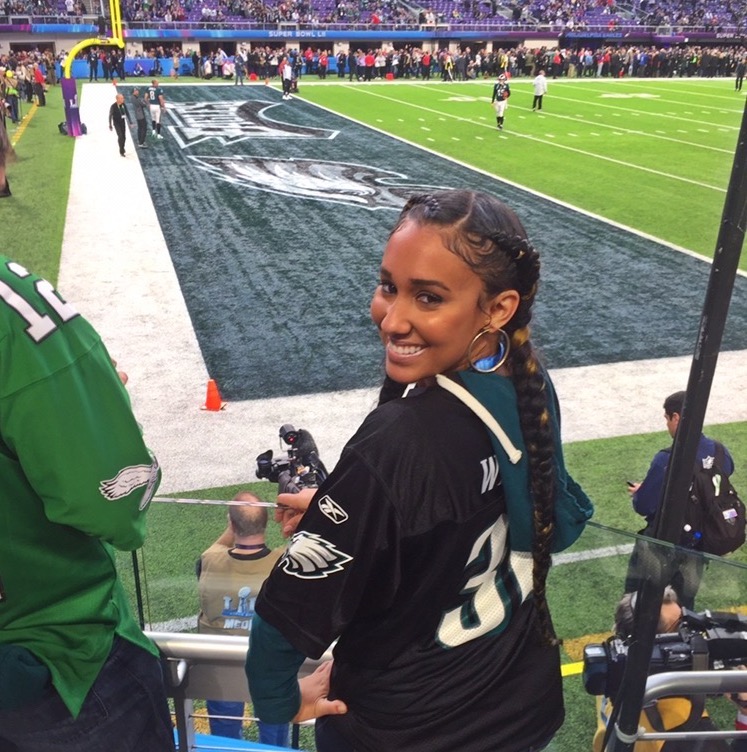 The Best Day of My (Sports) Life

Growing up in the Philadelphia market is just… different. The passion for sports in Philly surpasses logic. It is engrained in everything we do and few sports markets rival the passion. It controls our mood, productivity and sometimes even who we date/marry (no Cowboys fans… ever).

The Philadelphia Eagles are #1 in Philly without question. My high school mascot was even an Eagle. The Birds are the sole reason my family and I sat in the back row in church every Sunday morning. It allowed us to dash out the door, beat the traffic, pick up a pie (pizza) and cheer on our home team (more like yelling at the TV).

My best friend is from Queens, New York and is (unfortunately) a Giants fan. In college, we’d argue until we were blue in the face providing much entertainment for our spectators (she went on to become a sports reporter as well). No matter how much I was winning a debate, there was one line that was gut-wrenching. There was so much disrespect in how anyone would say it:

“But how many rings do the Eagles have!?“

The answer was zero.

It’s hard to beat the facts. The Birds went to Super Bowl 52 just 4 days before my birthday. My then job based in Los Angeles allowed me do create a Super Bowl Vlog (video-blog) detailing the entire experience from the fan’s perspective. Thank God, I was a true fan. Prior, I’ve had reporting jobs where I was in the Eagle’s locker room but this time, I could fully express all of my emotions as the Philadelphia Eagles won their first Super Bowl.

back to top say hello!